The UK is Sleepwalking Towards Disaster

The chaos is complete now.

While 1 million British took to the streets last Saturday 23 March, more than 4 million signatures of British citizens were simultaneously registered to withdraw Article 50 and remain members of the EU. 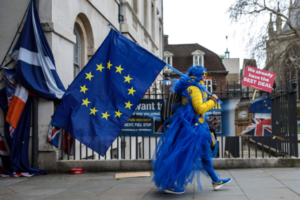 Íf the British House of Commons agrees with May’s plans at all with the meanwhile third vote on the unaltered proposal, there is only a small chance that agreement will be reached on the conditions under which the Brexit will be provided with a majority vote ( deal for the opponents of the Brexit) in the house.The proposed laws must have been completed in the Lower House before 22 May. In the few remaining weeks that remain, a majority of ministers are considering replacing Premier May; after 12 April, the new prime minister elected will have to organize English participation in the European parliamentary elections between 23 and 26 May in a few weeks’ time.

Sky News found out last week that 90 percent of the British are undergoing British ministerial team strategy as a national humiliation.Only an unexpected funeral seems like the “Britannia! Rule the waves ’thought to bring new life.There is no plan B. There is no plan at all. While the brakes refuse, the Bentley rushes down and the drivers consider replacing the wheel.

It is not in the interest of the business community to make a noisy report of its massive exodus from the UK. In January, EY reported that over 30 percent of the financial companies monitored had already confirmed another European location. Before 15 January of this year, 800 billion in assets had already been transferred to mainland Europe under the current EU treaty.Hundreds of companies are now in the final phase of their relocation of part or all of the company to mainland Europe. Meanwhile larger and strategically important companies in the UK express their concerns publicly such as Airbus. 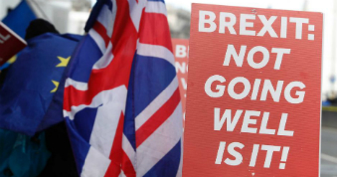 In mid-2017, the majority of Global kinetics relationships were still at a stage of a predominantly dual strategic intention and some first strategies were carefully considered.In a short time our clients have now completed their full or partial relocation. The main current problems still concern housing for staff in the European Union. The consequences of the disruption with Just-In-Time operational industrial production environments towards the UK cannot be predicted at this time.

Global Kinetics is a internationalization partner. We provide the know-how and execution strategy necessary for successful market penetration abroad, once local presence proved. Global kinetics understand the obstacles that companies face when expanding globally, we work with our clients to minimize risk and maximize return on their investment.

Below you find a short summary of our Brexit shortlist we developed for USA sourced SME companies (representing the core of our clients) with subsidiaries in Europe.

(rather than leaving that with their competition).