What is an offset agreement? – International Offsets agreements deal, sometimes best described as an economic incentive. This is an agreement between two or more parties that provides additional benefits and is ancillary to another negotiated contract. The deal is normally between a government and company, often a defense company, but it can also be used in big civil deals for items such as infrastructure and/or transport. The company is the one that provides the additional benefit, usually one that is meant to create jobs or additional economic value for the country’s economy.

A company’s offset obligation is usually worth 50 to 100 percent of the value of the contract and can be either a direct offset or an indirect offset. Direct offsets are normally linked to the original defense contact. Companies often agree to transfer relevant technological knowhow or use local suppliers to build the equipment they are selling to the government.  Global Kinetics can assist in setting up and running legal foreign entities that are not only compliant with the offset rules, but give the company more insight, influence, and revenues for the company.

Indirect international offsets, though normally prompted by a defense sale, have nothing to do directly with what the country is purchasing. This can include the company making investments in local industries with IP or financing, or helping export a country’s goods back to their country. 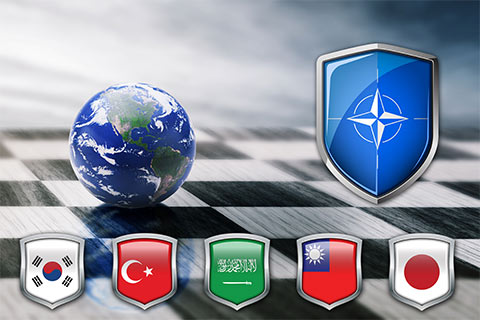 Defense offsets are becoming the norm for doing business overseas for defense related companies.  The traditional markets for U.S. defense contractors are shrinking, because of sequestration, related budget reduction pressures, the reduction of U.S. military commitments in the Middle East, and because European Union countries are in flux with their defense expenditures. At the same time, defense spending is on the rise in regions of the world where security threats are increasing or destabilizing. Some of the greatest increase in regional military expenditures is forecast for East Asia, South Asia and the Middle East. Excluding China and Israel, countries expected to dominate spending on foreign-sourced military equipment include the Republic of Korea, Taiwan, Japan, Singapore, Indonesia, India, the United Arab Emirates, Saudi Arabia, Qatar and Turkey. Early in 2013, the State Department reported that foreign military sales more than doubled, increasing from $34 billion in 2011 to $69 billion in 2012.

“Offsets in the Aerospace and Defense Industry“

“Trends in the Defense Offsets Market“

Global Kinetics is an international accelerator enabling US companies to quickly penetrate European markets, scale operations, and compete in the EU as a European entity to increase sales, access new markets, build market share, and brand awareness; all while increasing shareholder value.