BORIS JOHNSON AND YOUR BUSINESS…. 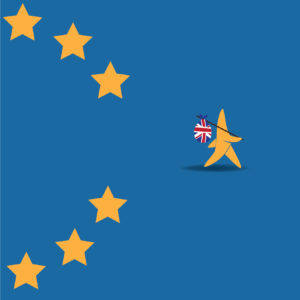 In his message to Theresa May populist Boris Johnson claims “that Brexit should be about opportunity and hope.” “It should be a chance to do things differently, to be more nimble and dynamic, and to maximize the particular advantages of the UK as an open, outward-looking global economy”.

It is the usual fake and hype, Johnson is pissing out of the window, populist as he is. This blind power searching politician, -meanwhile driven around in a German produce BMW- is in the process to close the British economy. This 21st century Chamberlain is destroying England’s independency and British fortune and future in real.

This clown abandons the circus while acrobats perform their most risk full stunts. He couldn’t care less. As long as it allows Boris Johnson to preach the choirs he is just fine. ‘The Joker’ seeking for obvious audiences no doubt existing of red haired white and pale skinned true and real Englishmen, this non trustworthy Don Quichotte.

The most effective way to embarrass both the party leadership ánd PM May was obviously to first sharpen the disagreement during negotiations up to last weekend to than after that, immediately and abruptly resign.
With the well planned higher impact of such a strategy, Johnson aims to replace leadership claiming that only leaving the internal market and introducing border controls can save England’s independence. No doubt the boarding of more ministers is on its way. Prime Minister May’s leadership hopefully is not too much challenged for the time being. The Conservatives know of course that opposition party Labor can benefit from a power struggle within their party. Jeremy Corbyn may then become the new prime minister. Any change now whatsoever will completely disrupt the entire Brexit process anyhow.  The Brexit will be effective as of March 29th next year. Brussels has been asking the British for clarity for months now. Premier May will release this week the document containing the details of the Brexit proposals.

WHERE DOES IT LEAVE YOUR BUSINESS?

Every business nowadays depends of spare parts and components provided and shipped at the exact right moment from anyplace to anywhere and the UK makes no exception in this. The current im- and export structure that grew European local economies over USA g.n.p. will completely collapse if Boris Johnson will be in power and do his silly popular thing with closing borders. Every US company with its European warehouse still located in the UK at this point of time could be in complete turmoil soon.

THE IMPACTS ON YOUR COMPANY

One of the most valuable parts of your company is at full risk; your staff.  Many expats are in shock. “Will I be able to carry on with schools for our children, the tax benefits, can we carry two passports, mortgages and loans, what about owning property?”  All nationals of other European countries living in the UK may from a legal point of view have an unchanged status, it may become quit an investment to convince them to not swap country within the next nine months, (the period of time UK will remain full member of the EC).

Sales
The benefit of the lower pound obviously is that your UK price list can fuel faster sales, but if interest will raise due to the inflation it becomes less likely the economy will grow as it did in the UK over the past decade and the trend will show lower sales. The EU has +500 million citizens, half of UK’s export will fall under the newly developed article 50 schedule. To secure and prevent exits from other EU members do expect that current privileges will fall and new tariffs will be introduced.

Export/Import – “anticipate and rule”
Above all: do not abandon the great relationships you have been building in GB over the past years and obtain a strong and convincing position in rewarding your partners current difficult situation. The people and partners you have worked with up to now have proven their flexibility and reliability and invested with a great confidence in your companies future sharing their own. That on itself creates the best bases for future success. Meanwhile your partners will perfectly well understand you have to anticipate all future scenarios.